For Document’s S/S 2019 version, we experiment with the landscape, both beyond and gift, to become aware of the power systems, technologies, and cultural forces that shape what we see and the way we see it. In an age wherein the internet can simultaneously provide marginalized voices a platform and—as Jena Friedman reminds us in her essay on the relationship between Twitter and democracy—disproportionately enlarge folks who need to make noise, consider the introduction, and consume media have never been more essential. This season, we discover this issue at an expansion of stages.

New York Times literary critic Parul Sehgal and pictures critic Teju Cole mirror on the system of curating what we see through their evolving exercise of written critique; acclaimed rapper Noname and actor Lakeith Stanfield candidly speak representation and the charm and ills of the highlight; and, in speakme consumption and fashion, Dior Men’s Kim Jones and Apple’s Chief Design Officer, Jony Ive, explore generation and the very surface through which these stories are actually filtered: our phones and computer systems. 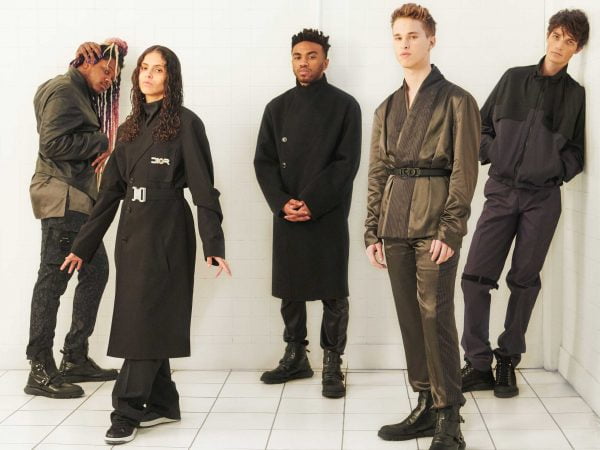 Elsewhere in this problem, we peel returned the years to unveil the untold history of New York’s The Village Voice, an alt-weekly that accumulated an era of amazing vanguards; we sit down with writers John Waters and Edmund White, who personify how those as soon as seen at the fringes may be expanded to excessive status; we see the commercial enterprise of collaboration via the eyes of Japan’s finest exports, streetwear mastermind Hiroshi Fujiwara and artist Takashi Murakami; we gaze upon a historic Space Treaty 50 years after the Moon touchdown, and we unpack the position of the net itself as we speak style with DJ-cum-model Sita Abellán and famend garb dressmaker Matthew Williams.

Of course, methods of seeing and the politics of visibility enlarge a long way beyond media. Chefs Samin Nosrat and José Andrés offer us a glimpse of the complicated international at the back of the restaurant kitchen doorways, revealing the whole thing from the farm subsidies that affect whether greens will hit your plate to the social hierarchies impacting who prepares your meal. Meanwhile, we had the respect of accompanying photographer Laurence Ellis on his 2d journey of uncovering worldwide groups who are taking a proactive stance against the outcomes of climate exchange. Introduced by way of Nathaniel Rich, Ellis’s latest vérité installment takes us as much as the Canadian North (introducing us to indigenous communities protesting the construction of herbal gas pipelines on their lands), and down to the Louisiana Bayou (in which rules has made protesting the oil and gasoline industries a crook act).

Explorations of the seen and unseen in the end take place in our six constrained-edition covers, created by way of David Sims and Karl Templer, Willy Vanderperre and Olivier Rizzo, Mario Sorrenti and creative and fashion director Sarah Richardson, Alasdair McLellan and Mauricio Nardi, Ryan McGinley and Kim Jones, and photographer Richard Bush. All possess a youthful power that drives home our insistence not to look away.