Barely three years after New York Fashion Week: Men’s made its debut as a stand-alone celebration of all things sartorial and male, the bold experiment has fizzled. Inaugurated in 2015 as a move by the Council of Fashion Designers of America to showcase homegrown designers and align their schedules with the nearly month-long program of men’s wear shows in Paris, London. Milan, the men’s week in New York, quickly established itself as a calendar fixture, attracting corporate sponsors drawn to the buzz around a formerly untapped market and luring both the inevitable paparazzi and street-style jesters they seemingly exist to document.

Summary show
Recommended Post
What are rolled sleeves and how can you wear them?
Men Wear Ballet Flats In Public and Be The New Style Icon
Fashion Magazines: The Best of What’s In and What’s Out
Sign up for the Open Thread Newsletter 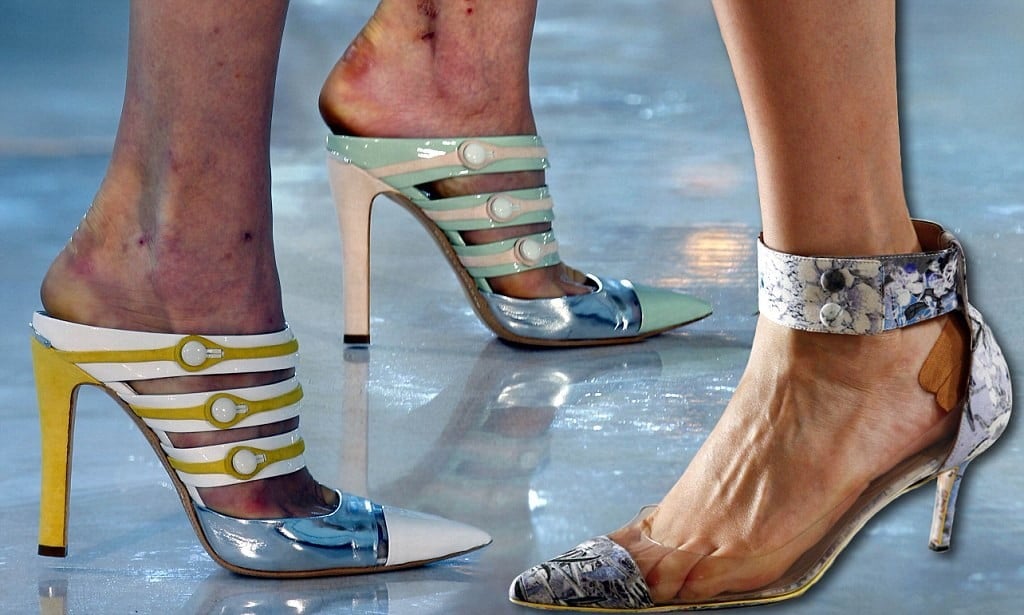 Designers, too, clamored to get in on a dedicated men’s wear week, and the access is provided to international buyers and press. And for a time, it looked as if New York’s men’s week could hold its own. Then, on the eve of the fall shows here, the CFDA made it clear that it had merged the men’s week into a 10-day fashion calendar that started on Monday, with a scant three days dedicated exclusively to men’s wear before coed and women’s wear shows begin.

Although the CFDA will continue to organize a men’s fashion week, it will now be up to individual designers to find the venues, sponsorship, and financing for shows that can cost hundreds of thousands to produce.

“My strategy was always to date-stamp a period when American men’s wear designers would show,” Mr. Kolb added. While those men’s wear-only shows will stay on the calendar, in different time slots and abbreviated formats, whoever will fill the roster remains to be seen.

Big guns like Ralph Lauren and Tommy Hilfiger no longer show men’s wear in New York. And the list of promising talents that marked NYFW: Men’s at its start has steadily dwindled over the last eight seasons. Where once close to 90 labels were on the schedule, there are currently just over two dozen.

“The two significant changes are that we won’t produce anything, though we’ll be the organizer, and that everyone will be on their own,” Mr. Kolb said. “How that plays out, we’ll see.”

In a sense, the shift may signal a return to the way things were in the days before fashion weeks became a global juggernaut, to a time when lacking corporately underwriting or lucrative media partnerships, designers often took a guerrilla approach to get their message across. Without access to show spaces like Skylight Clarkson, Milk Studios, or Industria, designers were pushed to exploit the resource that is New York City, staging presentations in borrowed galleries or empty storefronts, in graveyards, deconsecrated houses of worship or seedy gay leather bars.

Editors’ Picks
The Path to Oscar Victory for Every Best Picture Nominee
Tech Is Splitting the U.S. Work Force in Two
Every Building on Every Block: A Time Capsule of 1930s New York

Perhaps, some suggest the end of NYFW: Men’s as a corporately funded monolith may also mark its rebirth as a proving ground for the scrappy independent labels that have been its driving force in recent years.

Snow squalls whited out the view over East Broadway, adding to an overall sense of troopers hunkering down for an onslaught. And in a sense, like most independent designers now at work, the 29-year-old Ms. Bode confronts a struggle for financial survival as each new fashion season rolls around.

Typically, Ms. Bode’s presentations rely on personal narratives, and the current one is no exception. Her point of departure this season, she said, was the youth of the artist and gallery owner Todd Alden, a friend whose late ’80s style might best be characterized as New Wave-renegade-slacker-preppy.

For a show slated to take place on Wednesday morning, Ms. Bode rented an empty art gallery and constructed inside it a version of the New Canaan, Conn., garage where a teenage Mr. Alden once practiced with his band, Feed the Cat.

“We’re out so much money for fall, it’s out of control,” Ms. Bode said, noting that day rates for even a modest show space can start at around $5,000.

A look from across the New York Times at the forces that shape the dress codes we share, with Vanessa Friedman as your shopper.

She has to do it, said the onetime CFDA/Vogue Fashion Fund award winner who, after establishing her label in 2016, became the first woman to show at NYFW: Men’s and quickly found her collections being sold by Matches Fashion, Moda Operandi, Dover Street Market, and Bergdorf Goodman.

“You have to have that one hour during New York men’s week because that flood of attention from buyers and social media is what carries us for the whole next season,” Ms. Bode said.

Let the boobirds mock the viability of men’s wear shows in concentrated groupings, the editor of British GQ wrote in an editorial that was half screed, half mash note to men’s fashion. Let them cite the ominous trend for labels like Burberry and Gucci to combine men’s and women’s offerings into consolidated presentations. Let them care about the many talents that have fallen by the wayside.

None of this diminishes the truth, as Mr. Jones pointed out in an email, that the pool of men’s wear talent currently at work is “huge, vast and deep.” He was referring not just to his British compatriots but to those in New York, a place that “has helped shape the global men’s wear vernacular over the past 70 years.”

Somehow, the city that produced legacy labels like Calvin Klein, Ralph Lauren, Tommy Hilfiger, and Perry Ellis has been lapped in recent years by its European competitors. While the concepts behind all the sneakers and hoodies dominating European runways have origins in American sportswear, American designers seem to have lost the plot. Few are the creative spheres in which New York plays the underdog; men’s fashion at the moment appears to be one.

This may not, after all, be such a bad thing, as Mr. Kolb noted. In a reformulated landscape, space opens up for the many independents that have proven to be the strength of NYFW: Men’s. People like Ms. Bode or, say, Ryohei Kawanishi, a designer whose Brooklyn-based Landlord label, while assuredly a flyspeck compared to a colossus like Balenciaga, still draws some of that luxury house’s fanatical cultists to designs like the candy-colored faux fur coats he designed in 2017 and that were later spotted on Wiz Khalifa and Migos.

“To be honest, I never even expected to attract those people,” Mr. Kawanishi said of his music world following as he prepared for a presentation based on 1920s athletic wear. “Half the time when celebrities are wearing our things, I don’t even know who they are.”

For the married designers behind Krammer & Stoudt, “the New York system is incredibly fragile,” as Courtenay Nearburg said recently as she and her designer husband Mike Rubin put the finishing touches on a collection inspired by the iconoclastic rock musician Don Van Vliet, better known as Captain Beefheart.

“We’ve had amazing recognition in the business since we started,” Ms. Nearburg added, referring to a rising star award presented to them last year by the Fashion Group International and to their embrace by celebrities like Chris Pine and Ethan Hawke. “Still, every fashion week, we wonder whether we’ll make it to the next.”

Sure, it’s bad juju” that the industry has fallen short in its efforts to support emerging talent, said James C. Jurney, the chief executive of the Seize Sur Vingt clothing label and a force behind Groupe, a men’s wear incubator. Recently, Groupe swooped in to support David Hart, the 37-year-old independent once cited by GQ as among the best new American men’s wear designers. He is also a perennial red-carpet favorite of Trevor Noah, Anthony Ramos, Dylan Sprouse, and other male celebrities with the confidence to pull off one of his exquisitely tailored brocade suits. “If you’re extremely talented and not quite making it as a business, you should not have to give up,” Mr. Jurney said.

Ask Joseph Abboud. Along with Tom Ford and Todd Snyder, Mr. Abboud is among the few big-name designers to remain on the calendar of NYFW: Men’s. As he readied a collection based on the journey made by his Lebanese forebears through Ellis Island, Mr. Abboud talked about the grit required to survive the vicissitudes of an always fickle industry.

“I have confidence in young designers sticking it out because they’re tough,” Mr. Abboud said. “Like grass growing through a sidewalk, you find a way.”