Arrow: Caity Lotz Will Return for Birds of Prey-Style Team-Up

Caity Lotz could be returning to The CW’s Arrow as a part of the Season 7 episode “Lost Canary,” to be able to see Lotz’ Sara Lance/White Canary becoming a member of Juliana Harkavy’s Dinah Drake (the Black Canary) and Katie Cassidy’s Laurel Lance (Black Canary/Black Siren) in a Birds of Prey-esque group-up.

The episode turned into first teased via Arrow showrunner Beth Schwartz on Twitter, who published a photo of the script’s title page with three Black Canary figures sitting on top. According to this page, “Lost Canary” will be the 18th episode of Arrow’s 7th season. 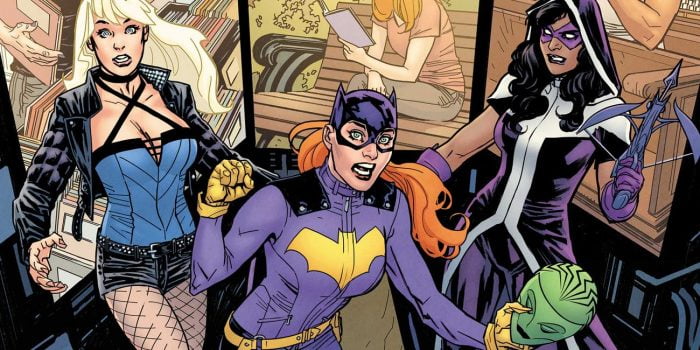 Additionally, Katie Cassidy posted a image of herself and both Harkavy and Lotz on Instagram, all but conforming to Lotz’s go back for the approaching episode.

Lotz first joined Arrow as Sara Lance/The Canary back in Season 2 and remained a chain standard till Season four. From there, Lotz departed Arrow for a lead function in DC’s Legends of Tomorrow, reprising her capacity as Sara, who followed the brand new moniker of White Canary.

However, she has nonetheless, from time to time again,n to Arrow on a unique visitor celebrity basis. In reality, “Lost Canary” will truly be her 2nd look within the show’s ongoing 7th season, as she formerly popped up inside the documentary-fashion one hundred and fiftieth episode “Emerald Archer.”