Everyone is unique — we all know that. It’s just that Lady Gaga is a little more unique. The artist, formerly known as Stefani Joanne Angelina Germanotta, has been a star for just over a decade. In that time, she has revamped her look more than famously flamboyant performers with careers three times as long. If we included a photo in this gallery every time Lady Gaga has made a significant switch-up to her beauty style, you would be scrolling through literally hundreds of photos.

Lunar New Year Make Up Tips You Can Try 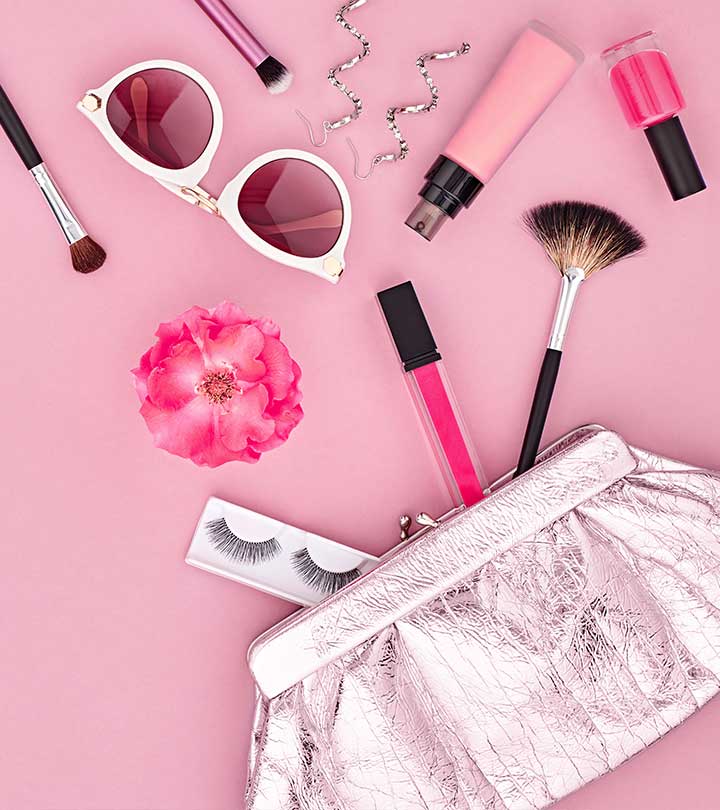 If anyone ever suggested that Gaga’s bold, experimental looks were a ploy to distract from a lack of musical skills, they abandoned that theory as soon as they heard Mother Monster belt a high note or passionately played the piano. Her ever-changing hairstyles and incredibly creative makeup have served as a complement to her increasingly awarded talent. And when you think Gaga is going through an especially experimental phase, she’ll surprise everyone with an Old Hollywood hairdo or a classic, low-key beat.

Arguably the greatest style chameleon of our time, Lady Gaga has served as a source of endless inspiration for anyone aiming to be more fearless about their beauty, whether that means trying an unusual hair color, experimenting with eyebrows, or temporarily gluing an attractive accessory to their face. As fascinating as it is to look back on some of Gaga’s most stunning looks, it’s even more exciting to think about what’s to come.

Before Lady Gaga was a household name, she built her fan base, performing at clubs and music festivals, like Lollapalooza, where she wore her hair the way it grows out of her head: brunette and wavy. All these years later, the long, layered look with bangs still looks chic.

This is perhaps how most of us remember being introduced to Lady Gaga — with straight, waist-length hair and blunt bangs, topped off with a bow made of matching blonde strands. Her false lashes and frosty, pink lips and cheeks hardly hinted at the bolder makeup looks to come.

Did Lady Gaga cut her hair or get a wig? This curly bob, a look she debuted in the “Bad Romance” video, wouldn’t be the last time we’d ask that question.

Platinum blondes typically do everything in their power to avoid letting their hair look yellow. Still, bottles of purple shampoo were dumped out worldwide when, for the 2010 Grammy Awards, Lady Gaga went warm and bright with a gorgeous two-tone look that was rich and buttery on top and canary-colored underneath.

Lady Gaga’s meat dress was one of her first big OMG fashion moments, but let’s not forget that she wore it with a meat fascinator atop white-blonde hair with a hint of turquoise. And that red lip? It perfectly matched the raw slab on her head.

Throughout 2011, Lady Gaga was seen wearing many hairstyles, but many of them had one thing in common: a mix of black and blonde strands. For this Today performance, she wore black bangs and a blonde side ponytail, with hints of darkness through the length.

When Gaga wasn’t sporting black and blonde hair in 2011, she was often seen with a partially or teal look, like this blunt bob. Her super-dark, precisely shaped eyebrows indicated how willing she would be to experiment with brown color in the coming years.

By 2012, Lady Gaga had tired of her go-to blonde, and she gave medium-brown hair and brows a try. At the launch of her first fragrance, Fame, she wore a towering beehive with an equally retro exaggerated cut crease.

When most of your beauty looks are shocking, wearing a rather conventional beauty look is especially surprising. Gaga was nearly unrecognizable when she debuted a short, highlighted hairstyle and paired it with pretty peach blush and lipstick. Whose cool mom is this?

Just when it seemed Gaga might have strayed from her unusual ways, she went full-throttle at an event for her album Artpop. Gaga wore bright white mascara and an unexpected handlebar mustache in addition to cropped platinum hair and eyebrows to match.

This 2013 photo was taken nearly two weeks after Halloween, but when you’re Lady Gaga, you can look like a Victorian ghost whenever you damn well, please. She must have loved that white mascara because she extended the shade to the rest of her face, with just a hint of peach under her cheekbones and on her lips. Her voluminous, seemingly windswept hair took the haunting look to the next level.

Lady Gaga looked jaw-droppingly gorgeous during Paris Haute Couture Week. Her dark, smoky shadow focused on her makeup, playing up the angle and shape of her eyes. Her long, smooth waves were pushed to one side and flowed out from underneath a sparkling, black hood.

Before Lady Gaga gave slime-green hair with brown lowlights a spin, we never would’ve imagined it could be a flattering color. This look, whipped up for the Roseland Ballroom’s closing night, proved all the doubters wrong, thanks in part to voluminous, loose curls.

Gaga’s 2015 Grammy look seemed like something straight out of other pop stars’ playbooks, and I thought it was a new vibe for her, and she killed it. Her long, silvery hair picked up the color of her low-cut dress, and her bright, green eye makeup, with its sharp yet beautifully blended wing, matched her emerald earrings and necklace.

It came as a surprise, yet it made perfect sense when Lady Gaga gave the classic Marilyn Monroe look a flawless try. Her sculpted lob was a more buttery shade of blonde than her usual platinum, and her impeccably shaped, medium-brown brows helped draw attention to her timeless cat-eye.

Gaga spent much of November 2016 introducing us to her Joanne look, which almost always included a glossy, pink lip and shimmering eye shadow that melted into mesmerizing highlights on her cheekbones. Whether she wore her long, blonde hair down and straight or in a low bun, it was usually topped off with a wide-brim hat.

Gaga’s 2017 Super Bowl halftime look was a beauty evolution in and of itself. She descended from the sky in a chignon and wearing a wing-shaped arrangement of gems attached to her eye area. Before she landed on the stage, her hair was down, and after singing and dancing up a storm, she had somehow removed the bedazzled mask to reveal a whole new beauty vibe.

Of all the retro hairstyles Gaga has worn, we might love this sexy shag the most. Her curtain bangs blended into textured layers, and the thick black and gold liner along her lower lashes looked a modern edge.

Lady Gaga looked stunning coming and going at the 2018 Grammys, thanks not only to the black-winged eye-makeup look with a sparkling brow bone but to a masterpiece of a hairstyle, too. A black thread was woven through Gaga’s hair in a corset style, tapering into a romantic braid that reached well past her waist.

Lady Gaga looked like the California girl next door at the Venice Film Festival with side-swept blonde waves, sun-kissed skin, full, peachy-nude lips, and a couple of coats of mascara on her otherwise undone eyes.

Lady Gaga paired an oversize suit with an understated beauty look (understated by Gaga standards, at least), focusing on smoky, shimmery shadow and liner and super lush lashes. A sleek, middle-parted, low bun looked more cooling than conventional, thanks to a hint of dark roots.

Lady Gaga’s 2019 Golden Globes look perfectly captured her limitless approach to beauty. Her elegant updo, softly shimmering shadow, and dramatic-yet-classic wing recalled the timeless and vintage-inspired looks Gaga has increasingly elected to wear. And the sweet blue shade of her hair, precisely matched to the color of her gown, reflected her career-long love of alternative beauty choices.

Lunar New Year Make Up Tips You Can Try

A Guide to Ageless Makeup for Women Over 50, According to an Industry Veteran